This is a diary kept by Richard Perry Harrison, a Confederate soldier in Arkansas during the Civil War. 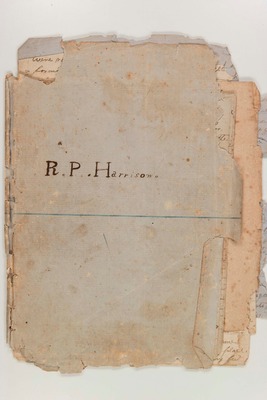