This scrapbook contains newspaper clippings about the National Recovery Administration. These clippings from Arkansas newspapers focus on the legal challenges and politics surrounding the NRA on a national level rather than its implementation on a local level. Topics covered include the challenges faced by the NRA in the Supreme Court and arguments for and against the NRA's regulations.

Floyd Sharp was the state administrator of the Works Progress Administration in Arkansas during the Great Depression. A native of Tennessee, he moved with his family to Garland County, Arkansas, in 1907. After serving in World War I, he worked as a printer for the Hot Springs, Arkansas, New Era newspaper while earning a law degree. He then served as an attorney for the state Labor Department.

In 1936 he was the principal author of a publication concerning the work of federal relief agencies in Arkansas, "Development and Administration of Emergency Programs, Traveling Recovery Road: The Story of Relief, Work-relief and Rehabilitation in Arkansas, August 30, 1932 to November 15, 1936." Later he served as war manpower director for Arkansas, and as state director of the War Assets Administration, 1942-1945. From 1950-1964 Sharp was associated with the Fagan Electric Company in Little Rock, Arkansas.

This scrapbook belonged to Floyd Sharp. 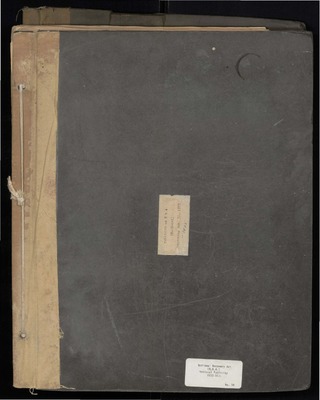