In 1938, Franklin Delano Roosevelt created the Civilian Pilot Training Program in response to the other similar programs in Europe, especially the ones in Italy and Germany. The CPTP trained civilians (including both men and women until the US entered WWII, when only men were admitted) to be pilots with a nine-week course. In 1939, the Central Flying Service, a commercial aircraft firm, was created in Little Rock in response to the CPTP. That year the CPTP commenced in Arkansas in the newly created municipal airport in Fayetteville.

In 1940, Raymond J. Ellis took over the program in Arkansas and founded Fayetteville Flying Services. On May 16, 1940, President Roosevelt called for the production of 50,000 airplanes a year and asked Congress to appropriate $100,000,000 to the President to increase the production of aircraft and anti-aircraft guns, as well as to help train more people to use the new airplanes and weapons. In response, the Civil Aeronautics Authority (CAA), the predecessor to the FAA, announced that it would expand the CPTP. 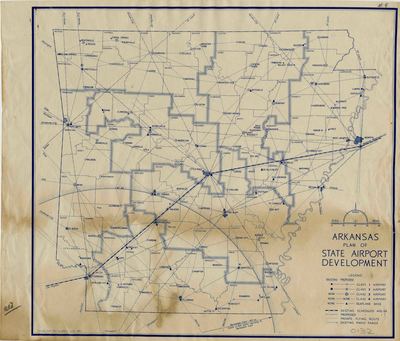