This map depicts a portion of south-eastern Arkansas, including the Arkansas River, the Mississippi River, the White River, other waterways, roadways, raised landforms, prairies, and population centers.

There were a number of military engagements along the Arkansas and White Rivers during the Civil War. The Battle of Arkansas Post, also known as the Battle of Fort Hindman, was fought from January 9th-11th in 1863 as a part of the Vicksburg Campaign of the Civil War. Union Major General John A. McLernand captured Fort Hindman near Arkansas Post in order to stop Confederate interference of Union shipping, and to open the way for a possible offensive against Little Rock.

The Battle of St. Charles took place in June of 1862, near St. Charles, Arkansas, along the White River. The naval engagement was fought between eight Union ships, including the USS Mound City, and several Confederate shore guns. Though the Confederate bombardment resulted in heavy Union casualties when the USS Mound City's steam drum exploded and scalded over a hundred of the 175-man crew to death, the Union forces undertook an attack on the Confederate batteries with their infantry soldiers and were able to occupy St. Charles. The site of the land portion of the battle is listed on the National Register of Historic Places as the St. Charles Battle Site. 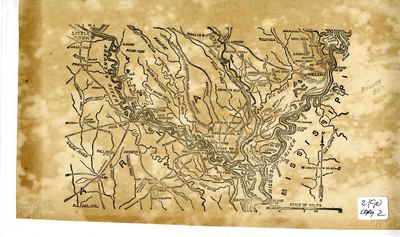