Interview of ex-slave Austin Pen Parnell, by Samuel S. Taylor with the Work Projects Administration, about Parnell's family's lives as slaves and in freedom. 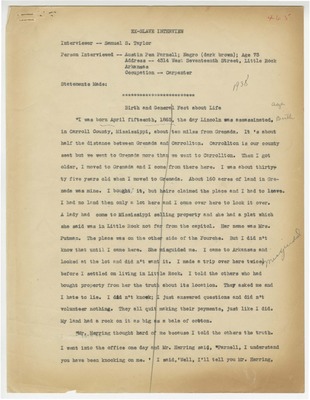