Interview of ex-slave Aunt Mittie Freeman, by Beulah Sherwood Hagg with the Work Projects Administration, about Freeman's life as a slave. 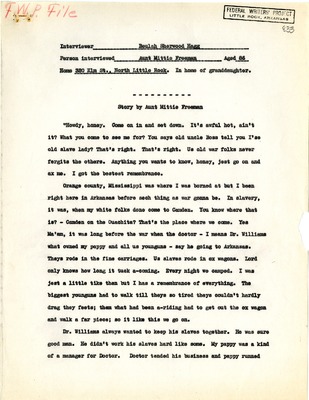