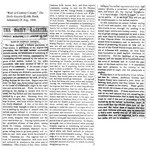 This is an article from the Arkansas Gazette newspaper, published in Little Rock, Arkansas, in 1868, regarding the recent racial tensions and its escalation in Conway County, which required intervention by the governor and armed forces. 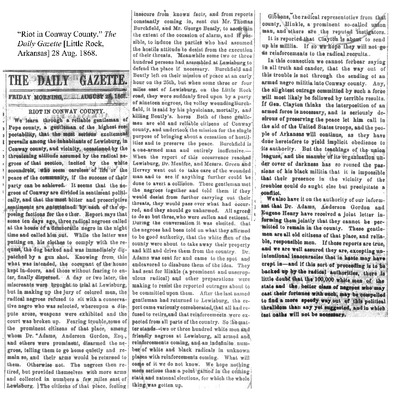