James Kimbrough Jones was born 1838 of Tennessee parents who were visiting in Love, Miss., At the time of his birth… Studied law and engaged in mercantile business in Arkadelphia.. When the war came he enlisted in a volunteer company organized at Princeton, although 6 feet tall and weighing only 100 pounds... Later joined the 3rd Ark. Battalion and saw service in Mississippi and Tennessee including Battle of Corinth.. Fought with Cabell at Marks' Mill and Poison Spring. 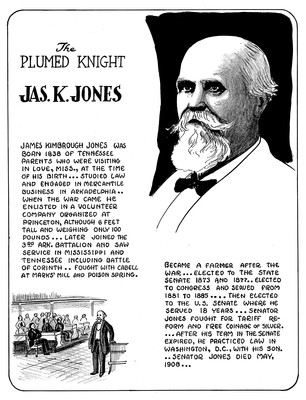