Black and white sketch of Dan Jones, including biographical narrative.

Enlisted in Ark. State Troops 1861 and fought at Oak Hill, Mo… Then recruted Co. A of the 20. Ark. Inf. and was elected captain... He was shot through the body at Corinth, Miss. Captured - recovered - exchanged - rejoined his regiment and promoted to colonel at age 23... 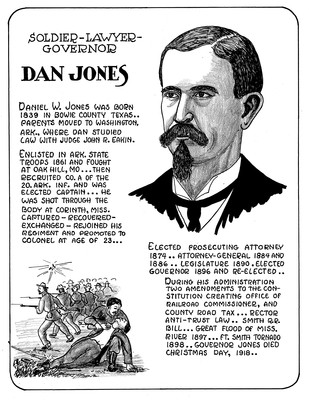