Gov. Yell commissioned him prosecuting attorney. He prosecuted Mayor Trowbridge of Little Rock who was leader of gang of counterfeiters....

When the secession convention met he was elected to the provisional government at Montgomery, Ala.... In 1862 he was elected senator to the Confederate congress.... After the war he moved to Washington D.C., where he entered a law partnership with Albert Pike.. Defeated for the senate 1878.. Died 1879 at Little Rock... 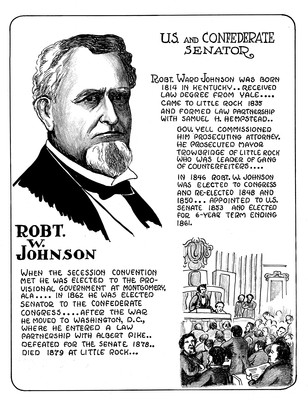