Black and white sketch of Samuel Adams, including biographical narrative.

Born in Virginia June 1805.. His parents moved to Tennessee where he grew to manhood.. Came to Arkansas in 1835 and located on Cabin Creek in Johnson County.. Became wealthy.. Homestead land and bought up much more.. Was president of a Van Buren bank.. 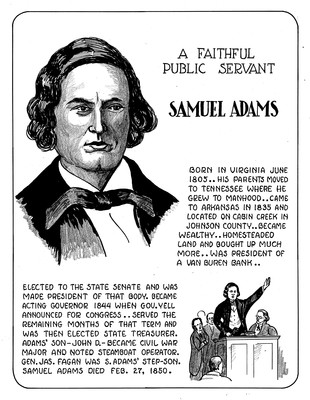