Diary kept by Gertrude Parsons Johnson from January 1-July 5, 1881, regarding activities on the Ingleside plantation and the visits and wellbeing of family and friends, travels for supplies and other business activities, agriculture, and weather. The diary mentions the Parsons, Johnson, Whetstone/Whitstone, Calhoun, Adams, Peak, Ford, Starling, Worthington, and Sessions families, and some of their employees. The end of the diary includes entries about the planting season of 1887.

Mary Gertrude Parsons was born January 19, 1855 in Bastrop, Parish of Morehouse, Louisiana, to Sylvester Gould and Mary Graves Whetstone Parsons. Gertrude’s father, Sylvester Gould, was educated as a lawyer, and served as the Superintendent of Education in Morehouse Parish, as a member of the State legislature, a District Judge, a planter, and carrying on generations of civil and military service from the Parsons stretching back to the founding of the Massachusetts Bay Colony. As a man of means, he saw to it that his children were educated. Gertrude attended Ward’s Seminary for Young Ladies, a prestigious women’s college in Nashville, Tennessee. Following her schooling, she returned home and married Theodore Johnson of neighboring Chicot County, Arkansas.

Theodore Johnson was the son of Lycurgus Leonidas and Lydia (Taylor) Johnson. His father Lycurgus was one of the wealthiest planters of Chicot County, having established a plantation there in the 1830s after following his father Joel to Arkansas from Kentucky. Lycurgus came from a family of prominent political figures nationally, and within the states of Kentucky and Arkansas. In 1857, after Joel’s passing and an ensuing 11-year legal battle, Lycurgus gained control of his father’s estate and merged his holdings with his father’s Lakeport plantation. By 1860, he owned more than 4,000 acres and 150 slaves. Though the Civil War brought a sizable decline to Lycurgus’s fortune, he retained control of his house and land, and was the leading cotton producer in the county in 1870. Following Lycurgus’s death in 1876, ownership of the Lakeport Plantation was passed to his wife Lydia, and was managed by Theodore and his brother-in-law, Isaac Worthington.

In the early 1880s, Gertrude’s brother Ralph visited the family at their "Ingleside" Plantation before moving west to New Mexico. Gertrude, Theodore, and their children eventually follow Ralph west by the end of the decade. Their youngest daughter Pearl was born in Springfield, Missouri in 1890 and the family is found living in Roswell, New Mexico in the 1900 United States Federal Census. Their sons Sylvester Parsons and Lycurgus Leonidus remained in Roswell, while their daughters Lydia and Pearl married and moved on. Theodore and Gertrude may have been separated at times for the last few decades of their lives, as they are not found together in the 1910 and 1920 censuses, but they eventually settle in Los Angeles, California and die there within two years of each other in 1928 and 1930, respectively. Gertrude is buried in South Park Cemetery in Roswell, New Mexico with her sons and their families. 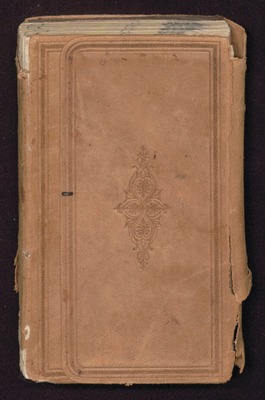