Color drawing of a flag featuring a blue border, red rectangle, and white star with white rays extending out from the star in the center. The star features an apple blossom and the text "Arkansas" circling the blossom. 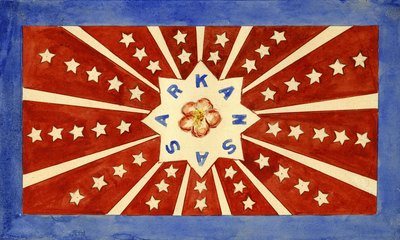