Color drawing of a blue, white, and yellow striped flag with a red apple blossom in the center. 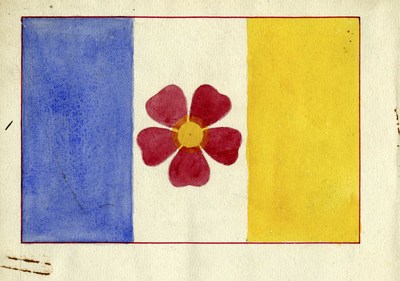