Color drawing of a blue and white striped flag with the Arkansas state seal in the center. 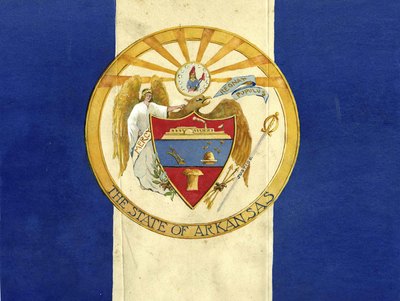