Program for the Dedication Exercises of the Y.M.C.A. [Young Men's Christian Association] Auditorium at Camp Pike, Pulaski County, Arkansas, on October 14, 1917. Program from the Charles H. Brough Collection. Charles Hillman Brough (1876-1935) was governor of Arkansas from 1917-1921. 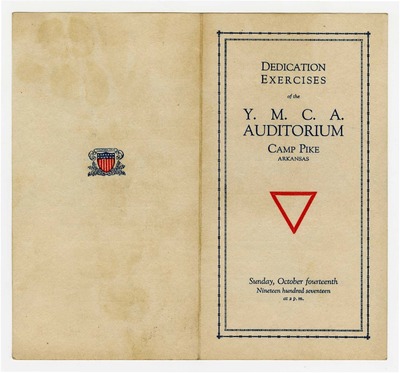