This is a broadside telling the workers constructing Camp Pike that the work they were doing was equally as important as the fighting the soldiers were doing. 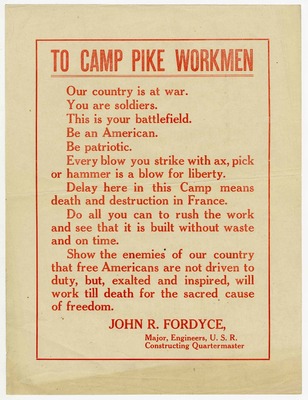