Marcheal Thomas was an African American solider, who served as a private during World War I. He was born in Dardanelle, Arkansas, on November 25, 1895. His discharge records list his place of residence as Alexander, Arkansas. Thomas was inducted in Little Rock, Arkansas, on July 18, 1918, and served in Company D, 544th Engineers until February 7, 1919; then in the Casual Detachment Demobilization Group (in hospital) until his discharge on June 26, 1919. Thomas served overseas from September 23, 1918 until May 30, 1919.
Camp Pike, known as Camp Joseph T. Robinson since 1937, is located in present day North Little Rock, Arkansas. Named in honor of Brigadier General Zebulon M. Pike, Camp Pike served as a home and training camp for the 87th Division (National Army) and then as a replacement training facility after the division deployed to France during World War I. Construction totaling about $13,000,000 on the camp began in June 1917 and was substantially complete by November 1917. The post was a demobilization station and home for the U.S. Third Infantry Division as World War I came to an end. Between World War I and World War II, the camp served as the headquarters of the Arkansas National Guard. During World War II, Camp Robinson became a replacement training center, primarily for basic training and medics, and a German prisoner of war facility. As of 2014, Camp Joseph T. Robinson serves as a 33,000-acre training facility for the Army National Guard and is the headquarters for the Arkansas National Guard. 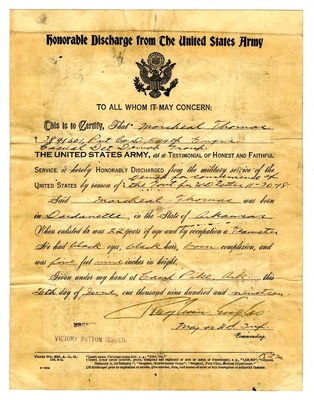