Copy of photograph of recruits registering at Camp Pike, Pulaski County, Arkansas, ca. 1918. The recruits in civilian clothing are standing in line in front of a building with the number 608-5. On the side of the negative is handwritten "Camp Pike, Ark. Recruit Registering." 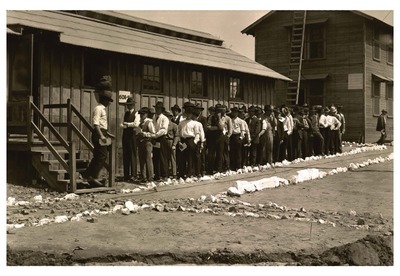