Bound, handwritten laws passed in the Territorial Legislature during the year of 1820. Hand signed by Territorial Governor James Miller.

There are a number of things I could have picked from the 1820 Acts of Arkansas because it is the beginning of what would later be the State of Arkansas. But, I chose to highlight the act moving the capitol from Arkansas Post to Little Rock because it is almost symbolic of the change taking place. The old French and Spanish colonial town that controlled the area was in Arkansas Post. What the new Territorial government was saying was that they were establishing something new. - Brian Irby 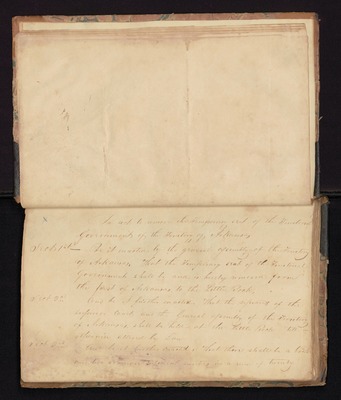