Photo of Mrs. Hazel Retherford standing in front of the Jerome Relocation center in Jerome, Arkansas.

Hazel Linam Retherford was born on January 22, 1906. Hazel was a teacher in Arkansas schools for twenty years. During that time, she taught at both Japanese relocation centers in Arkansas. Hazel taught sixth grade, first in Jerome and then later at Rohwer. She helped to close both centers, then later went to Washington to complete the War Relocation Authority records. She passed away on July 28, 1982, and was buried in Magnet Cove Cemetery in Magnet Cove, Arkansas. 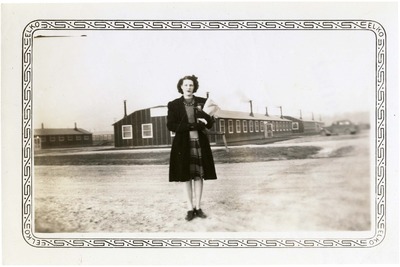