This item is an autograph book from Emma Reichardt. This book holds poems, personal messages, and signatures from her friends, family, classmates, and teachers.

Edward Reichardt was a retail grocer for many years and was born in Asch, Bohemia. He was the youngest of a large family that immigrated to the United States in 1854. A member of the City Council, he also served as director of the Little Rock Cotton and Produce Exchange from its creation, and was elected treasurer of the Electric Light Company. He married Pauline Brandt in 1872. She was born in Allenkirchen, Prussia, in 1850, which is located in northern Germany today. A member of the First Evangelical Lutheran Church of Little Rock, she was very active in the Aid Society of the church and was a charter member of The King's Daughters. Pauline's brothers, Otto and William Brandt, were both soldiers during the Spanish-American War, and William sent many letters back to the Reichardt family. Emma Reichardt, the second daughter of Edward and Pauline, was born March 1, 1875. She graduated from Peabody High School, and on January 10, 1898, she married Jacob Hoeltzel. They had one daughter, named Pauline. In 1915, she was affiliated with the "Feed Yourself" Campaign of the International Harvester Company in West Tennessee, East Arkansas, and Mississippi. She also served as Deposit Vault Supervisor with Union Mercantile Trust Company from 1919 to 1921. She held the office of Clerk of the Budget Committee with the Arkansas State Senate during 1915, and with the Arkansas House of Representatives during 1923. She worked with the Automobile License Department of the State of Arkansas from 1929 to 1930. From 1946 to 1949, she was the Representative of the Department of Arkansas Auxiliary United Spanish War Veterans and on the governor's Commission for Veterans Haven Recreational Center. She had a charter membership in the Little Rock Women's City Club and Fine Arts Club of Arkansas, and was a member of numerous other clubs and associations. An active political leader, Emma was a member of the first Woman's Suffrage League and the first League of Women Voters. She was the first woman to serve on the City Democratic Central Committee, (1920-1926), and in 1927 she became a member of the Pulaski County Quorum Court. Her obituary was in the Arkansas Gazette on March 7, 1971. 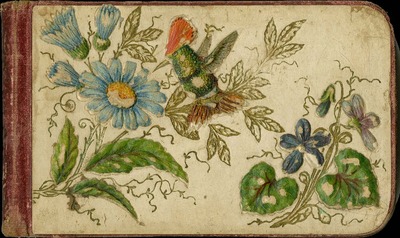