Newspaper article, "In Homes of Many Japanese Americans, There are Gold Star Service Flags!"

Newspaper article showing the Gold Star Service flag that was bought and displayed to honor those who served in the military. 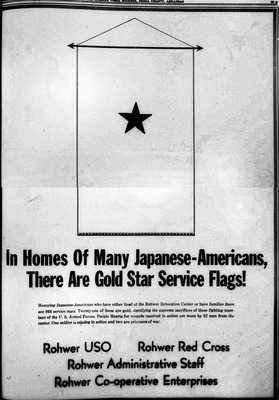