This is WRA correspondence regarding leave clearance hearings 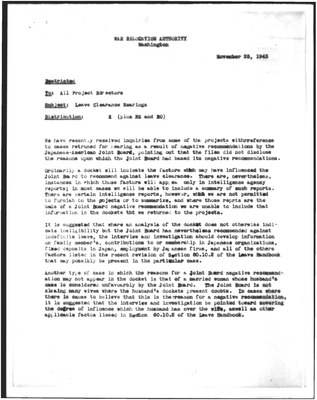