Newspaper article, "Gazette Urges Fairness to the Japanese: Many of Them Helped Defend Pearl Harbor" 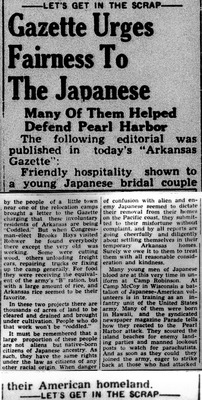