Newspaper article, "Dedication of Memorial to Nisei a Triumph to Former Internees at Relocation Center"

Article detailing the dedication of the new 17' tall granite and marble monument at the Rohwer Relocation Center. 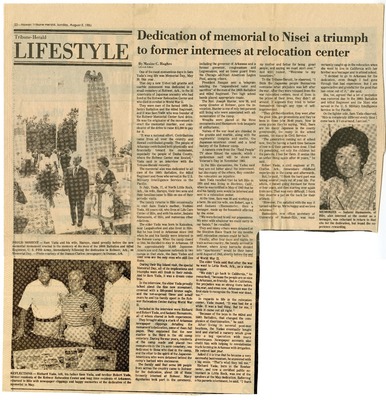