Special report on the evacuee attitude toward the implemented registration program. 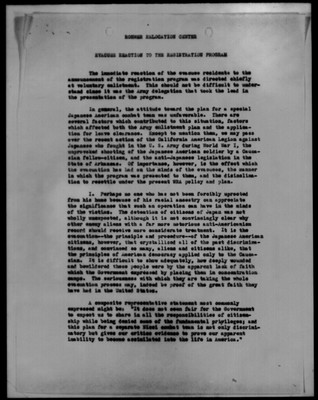