Special report on the evacuee reaction to the announcement of segregation

Special report describing the evacuee reaction to the announcement of evacuee segregation. 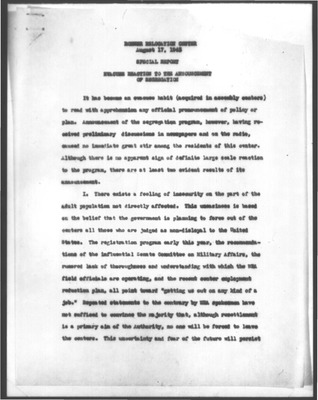