Telegram from Cha. Acornell to Governor Adkins that Acornell is interested in hiring Japanese Americans detained in Arkansas relocation camps. 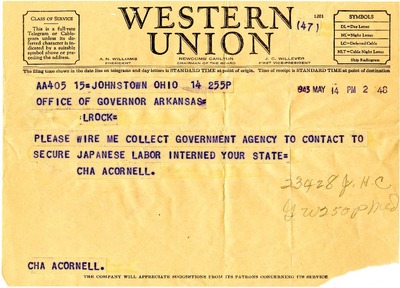