Memorandum from the War Relocation Authority regarding suggestions for conduct of leave clearance hearings. 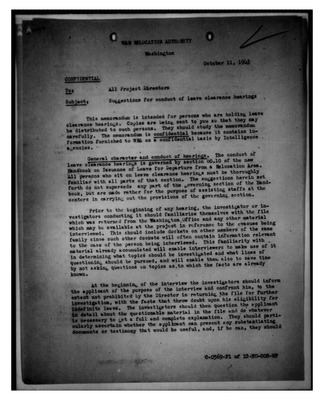