Excerpts from diary of evacuee

Excerpts from the diary of an unknown Japanese-American evacuee. 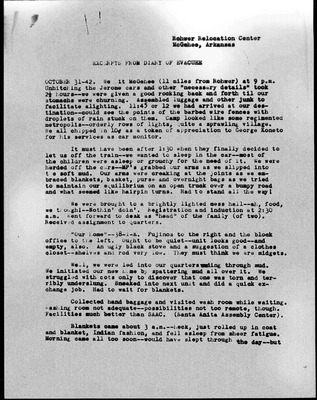