This document describes what happened to the land on which Rohwer Relocation Center sat after the center closed down. 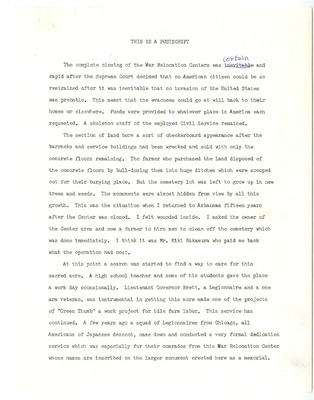