This newspaper, entitled the Pacific Citizen, covers a wide range of topics including the Japanese-American community in the United States. 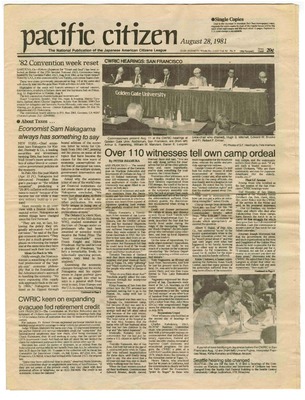