This letter is informing Mike Masaoka, of the Japanese American Citizens League, that the Rohwer Center Cemetery and Nisei GI Memorial does not qualify as an addition to the National Park system. 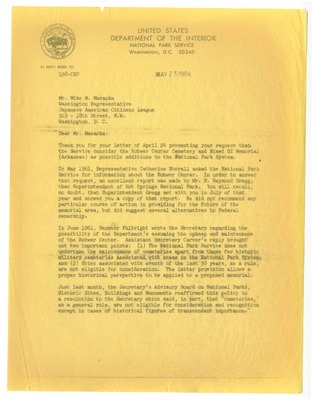