The Womanless Wedding presented by the Rohwer Recreation Association

Program from the play, "A Womanless Wedding" presented by the Rohwer Recreation Association.


--Cast In Order of Appearance-- 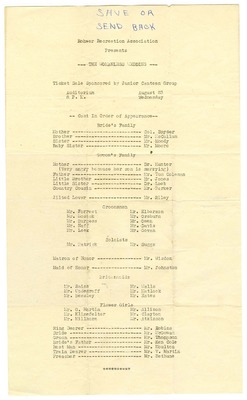