Still life drawing of flowers in a vase by Mary Saki

Still life drawing of a vase of flowers by Mary Saki. 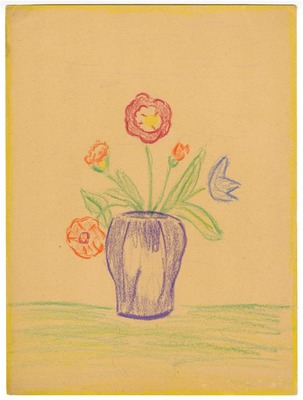