Color still life drawing of a bowl of fruit. Drawing by Yasuko Hizayama. 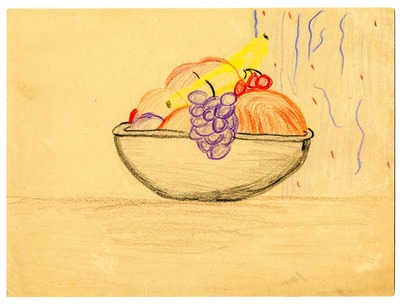