Typed letter from Edith Rogers to Hazel Retherford informing her that she has been selected as an elementary school teacher for Jerome Relocation Center. 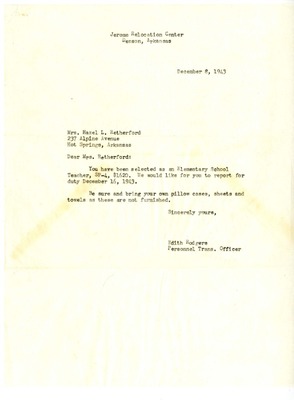