Newspaper article about a Japanese-American soldier wounded while deployed. 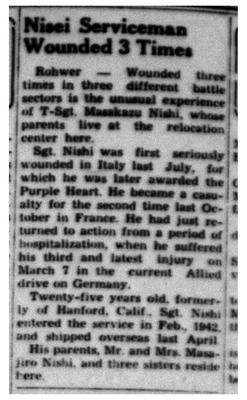