This is a brief newspaper article about a football game between two teams at Rohwer Relocation Center. 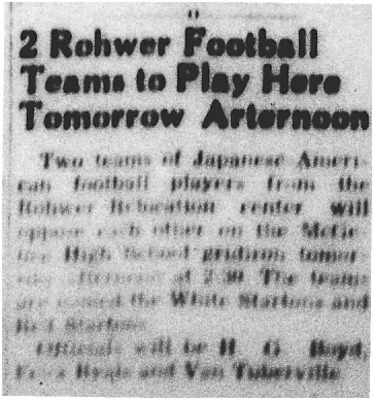