Newspaper article about the speakers for the 2nd Annual Rohwer Christian Mission. 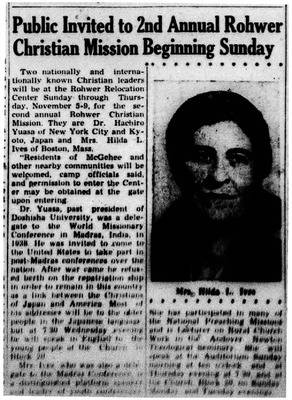