Newspaper article about a visit from a Japanese-American Silver Star and Purple Heart recipient to Rohwer Relocation Center. 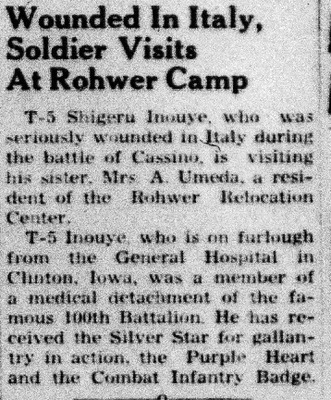