Newspaper article, "What the Japs Think of a Local Baseball Nine as Caucasians" 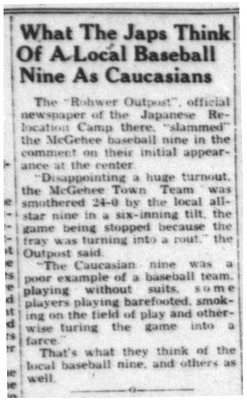