Newspaper article discussing a ban on short wave radios at all relocation centers. 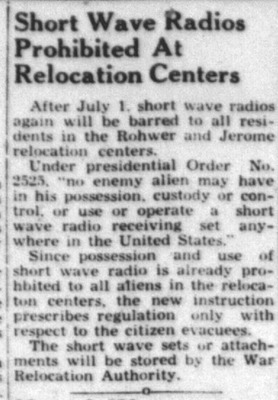