Telegram sent to Governor Homer Adkins from the Utah Construction Company and Morrison Knudson Company, which was working on the Norfork Dam. The Company is requesting 36 Japanese-American workers due to a manpower shortage. 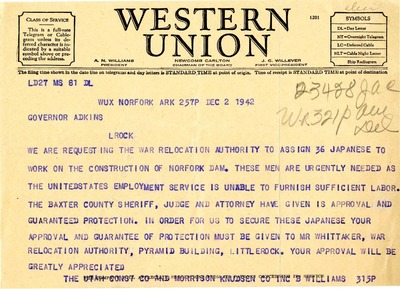