Newspaper article discussing the results from a loyalty exam from an undisclosed relocation center. 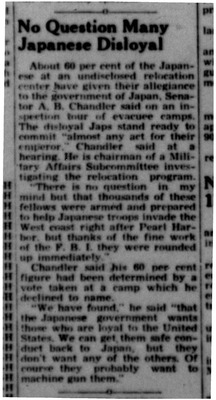