Letter from Governor Adkins to Arkansas Representative Oren Harris explaining that the War Relocation Authority promised Governor Adkins that Arkansas's interned Japanese Americans would remain in the camps under guard at all time, would not enter the workforce, would not be able to purchase land in Arkansas, and would be removed at the end of the war. 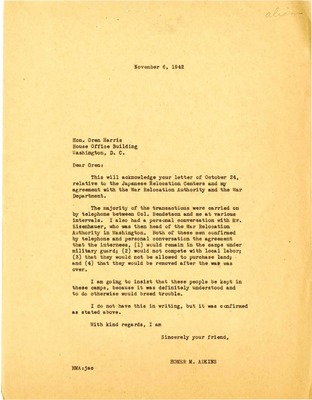