Newspaper article discussing the progress on the construction of the Japanese-American Relocation Centers. 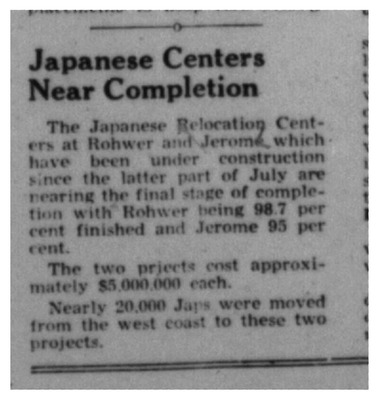