Newspaper article, "Papers are Published by the Japanese" 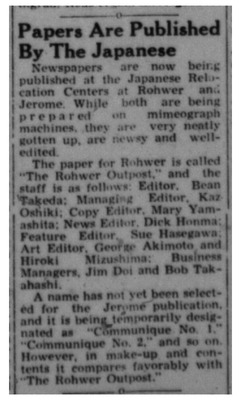