Newspaper article, "Japs [sic] Not So Hot As Cotton Pickers"

Article discussing the use of Japanese-American evacuees in agricultural labor in Arizona. 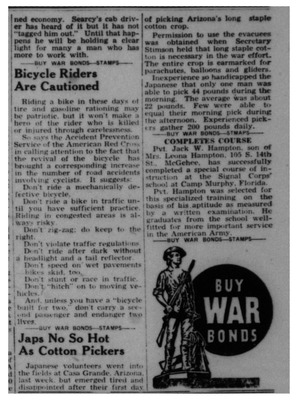